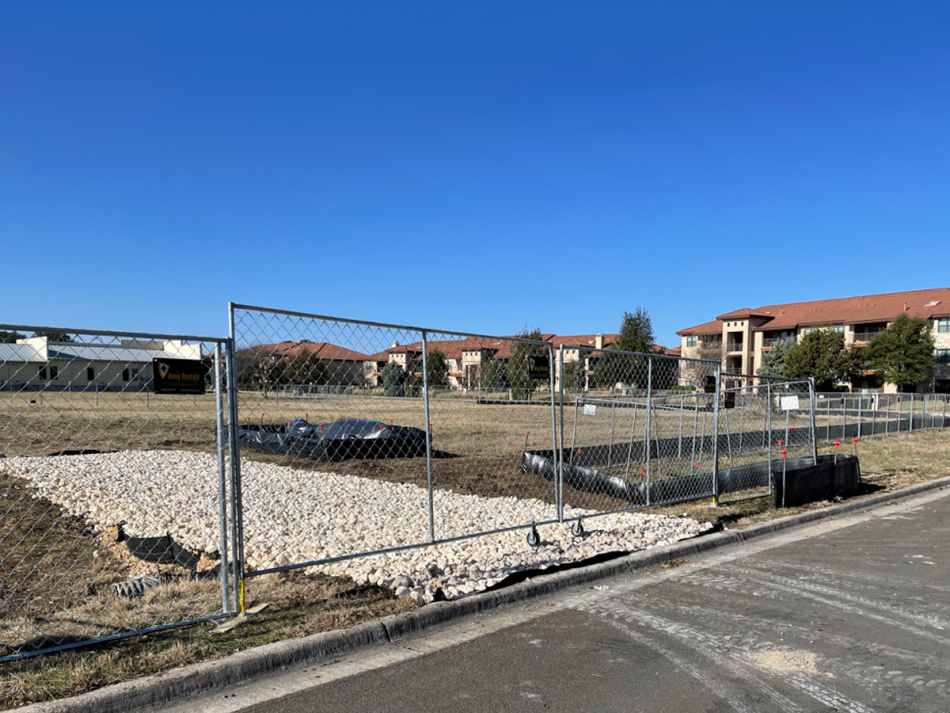 Dirt work began in earnest in late January after the team diligently installed erosion and sedimentation controls for construction. The site is also protected by construction fencing that will soon feature screening that will further highlight the project and the team that has joined together to bring it to life.

For now, there’s a full view of the first order of business… moving dirt around! The project’s earthwork contractor, Dustin Donley Construction began the process of excavating and reconditioning native soils as well as bringing in select fill to construct the building pad for each structure on site. Stacking dirt is more involved than you might think and the team at PSI/Intertek has been on site frequently collecting samples to complete density, compaction, and other tests on the materials that make up the building pad. If you caught sight of the roller, you could sense the 50,000 pounds of weight used to roll and place the site.

Next up, the team will begin to cut in underground site utilities and prepare the subgrade for the rest of the site outside of the building pads. Shortly, the concrete crews will be on site placing the batter boards for the foundations.

Stay tuned in the coming months for future construction updates. Feel free to reach out to the Lively Lane sales office (Carson Properties) at (512) 392-3322 or Live@LVLYLN.com if you have any questions!